EU Regulation: changing the future of IoT and AI?

As digital technology development has accelerated to new heights in the past 5-10 years, a whole new wave of regulations are in the process of being crafted and implemented which aim to keep pace with these developments and update legislations and instruments that were designed for the digital world of desktop computers and screen-based internet.

These include the Digital Markets Act, Data Act and AI Act which have significant implications for how technologies are developed and deployed, resulting in new opportunities for smaller actors but also bringing digital products closer to the rules for their physical counterparts shifting the relationship between users, providers and regulators.

In the first edition of a White Paper on the policy implications for the Next-Generation IoT Community, we address the common themes and topics found within Strategic Research and Innovation Agendas of key industry bodies providing a meta-level analysis of key trends and perform an inital breakdown of the main regulations affecting the IoT Community.

A second version will be produced in early 2023 which will update and integrate new regulations like the Cybersecurity Resilience Act and consultation with the tech develoer community of the impact of such a large portfolio of legislations which will become central to compliance, architectures and market structures of the Europe of 2030. 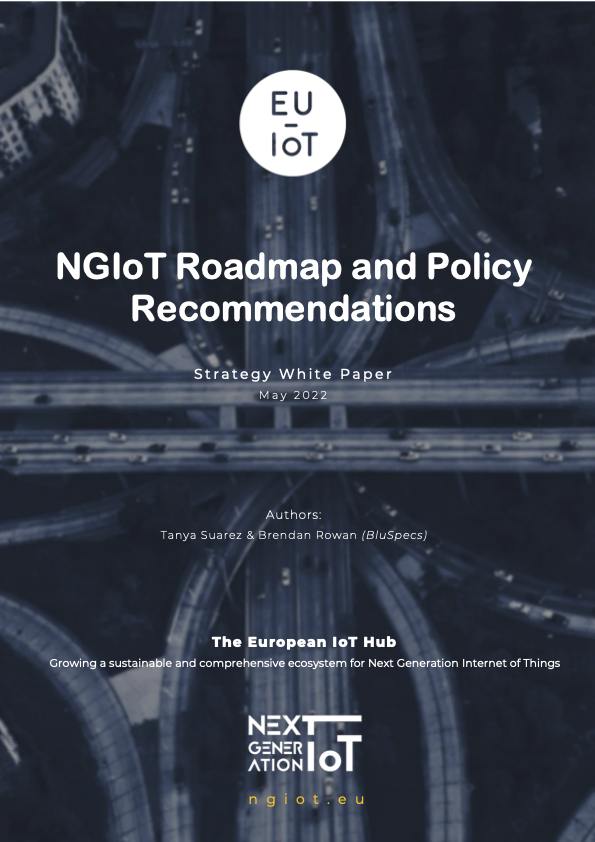